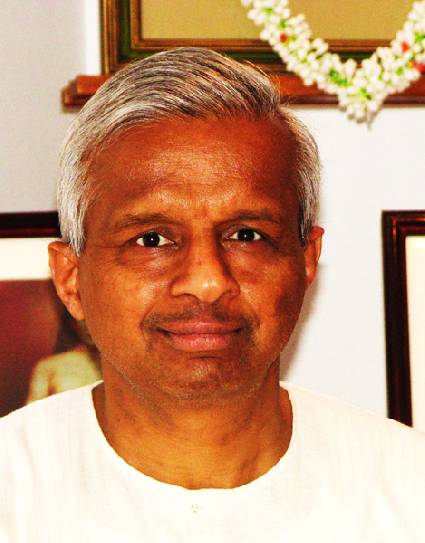 Yogacharya Srinidhi Baba began practicing Kriya Yoga in 1988. He later met his Guru Paramahamsa Hariharananda in New York in 1992 and meditated with the group there, and later in the Homestead Ashram in Florida. Those moments with his Guru were extremely precious, enlightening, blissful, and a time when he received his Guru's immense love, compassion, and direction. Srinidhi and his wife Prathima started the Denver Kriya Yoga Center in 1995, and as center leaders have organized several Mountain Region Kriya Yoga retreats and fundraisers for Hariharananda Balashram. Srinidhi Baba was authorized to teach Kriya Yoga in May 2007.

Yogacharya Srinidhi Baba received a Ph D in Computer Science in 1982 from the Southern Methodist University, Dallas, Texas. He currently works as a principal software architect for a telecommunications company. He has a son and a daughter.