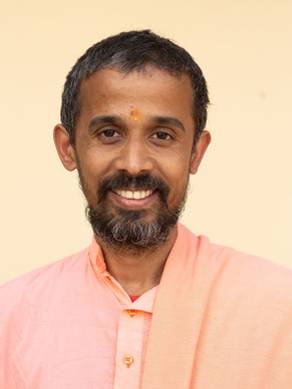 Swami Vairagyananda Giri was born in Odisha, India. While searching for the path of spirituality, he met his Guru, Paramahamsa Prajnanananda in 2003. Inspired by his Guru’s spiritual personality he joined the monastic lifestyle in 2004 and decided to serve him for the rest of his life while following the path of Kriya Yoga. In the year 2009, he was ordained into the life of a Brahmachari and named as Tyagananda Brahmachari.

In the year 2010 for the first time he traveled out of India and came to the USA to teach Kriya Yoga meditation. In 2012 he was ordained into the life of a monk and named as Swami Vairagyananda Giri.  He travels to the USA, Canada and India to offer various Kriya programs. As part of his commitment every year he travels to India to support the Prajnana Mission for its expansion in India and Asia.

Currently Swamiji is based in Temple of Harmony, Kriya Vedanta Gurukulam, Joliet, IL.